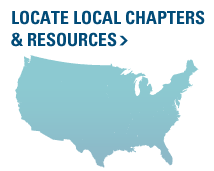 Click on a letter to jump to a section

Here are some useful definitions of medical words and terms.

Acid reflux, heartburn. Stomach acid, which abnormally travels up into and irritates the esophagus. (Acid production is a normal part of digestion in the stomach.) Heartburn refers to pain in the center of the chest caused by acid reflux. (See Esophagitis.)

Antacid. An agent, which neutralizes excess stomach acid. This may be liquid/tablets, which act immediately in the stomach, or long-acting medications taken regularly and absorbed into the blood in order to suppress acid production. (See Acid reflux.)

Antibiotic. Medication used to treat an infection. Each antibiotic kills or inhibits the growth of specific microorganisms, so antibiotics are prescribed based on the type of infection present.

Arthralgia. Pain in a joint.

Autoimmune. Disease or antibody, which acts against the person’s own tissues. (See Immune system.)

Biofeedback. A technique used to regulate a body function usually involuntarily controlled, such as a finger temperature or pulse rate. By observing a machine monitoring the function, a person can practice relaxation techniques and learn to control the function. Later, the machine becomes unnecessary. (See Relaxation techniques.)

Biopsy. The removal and examination of tissue, cells or fluid from the body.

Blanched. To become white or pale. In Raynaud Phenomenon, the fingers and toes blanch due to insufficient circulation of blood.

Calcinosis. Abnormal accumulation of calcium in the skin.

Capillaries. The smallest blood vessels of the body, connecting arteries and veins.

Collagen. A normal, fibrous protein found in the connective tissue of the body.

Connective tissue. Tissue, which pervades, supports and binds together other tissues including mucous, fibrous, reticular, adipose, cartilage, skin and bone. Connective-tissue diseases are a group of diseases with similar cellular changes, but with the site where the changes occur determining the specific disease. Included are scleroderma, systemic lupus erythematosus, dermatomyositis and rheumatoid arthritis.

Contraction (of intestinal muscles). The rhythmic squeezing action of the muscles of the wall of the intestine, which moves food through the system. Also called peristalsis. (See Motility.)

Coronary arteries. Blood vessels, which supply blood to the heart itself.

Cutaneous. Of the skin.

Cyanosis. Blue or purple color due to lack of blood oxygen. In Raynaud Phenomenon, cyanosis of the fingers and toes may follow blanching.

Edema. An abnormal excess accumulation of fluid in tissues or cavities of the body.

En coup de sabre. A form of localized scleroderma which forms a long crease of waxy skin, resembling a cut by a saber or sword wound usually on face or neck.

Esophagus, esophagitis. The muscular swallowing tube connecting the mouth and the stomach. When properly functioning it contracts in smooth waves to send food to the stomach. At its lower end a sphincter (ring-like muscle) opens to allow food to pass into the stomach, but closes again to prevent stomach acid or partially digested food from backing up into the esophagus. Esophagitis is an inflammation or irritation of the esophagus.

Fatigue. Weariness, a sense of being overwhelmingly tired, or exhaustion.

Fibrous. Consisting of, or resembling fibers.

Gastrointestinal tract, bowel, diarrhea, constipation. The gastrointestinal tract is the digestive system, which breaks down food, allows absorption of nutrients, removal of cellular waste products, and elimination of solid waste from the body. It begins with the mouth and esophagus and leads to the stomach. The small intestine consists of the duodenum, jejunum and ileum. Lastly, the large intestine (also called colon) leads to the rectum. The term bowel refers to the intestine. The anal sphincter is the muscle, which controls discharge of stool. Diarrhea is abnormally frequent or excessive passing of stool, usually watery. Constipation is the abnormally delayed or infrequent passage of stool, usually in a dry and hardened state. Normal bowel movements vary from person to person and with diet.

Immune system. The system of organs, cells and proteins, which protect the body from foreign substances by producing immune responses. The immune system organs include the thymus, spleen, lymph nodes and bone marrow. The cells include white cells, lymphocytes, T cells and B cells. Immunoglobulins (antibodies) are proteins that can react with and/or neutralize corresponding proteins called antigens (usually damaged or foreign material). The immune system is essentially protective and helpful to the body, but can be the cause of disease and allergy when it attacks parts of the normal body in a process called autoimmunity.

Laxative. A medication, which stimulates emptying of the bowels.

Lubrication, secretion. Substance which makes a surface slippery or oily, either artificially by applying lubricating fluids or naturally by secreting fluids made by cells for this purpose. Example: tears.

Malabsorption. The reduced ability to take nutrients from food into the cells of the body from the digestive tract.

Morphea. A form of localized scleroderma.

Ophthalmic. Related to, or situated near the eye.

Pericarditis. Tissue inflammation of the sac enclosing the heart.

Peripheral blood circulation. The flow of blood to the arms and legs.

Phenomenon. An unusual, significant, or unaccountable fact or occurrence which, when observed, is of scientific interest.

Pleurisy. Tissue inflammation of the sac enclosing the lungs.

Prognosis. Prediction of the progression and end result of a disease, or estimate of chance of recovery.

Pulmonary fibrosis. A process in which the lungs are scarred, decreasing the transfer of oxygen to the blood. Also called restrictive lung disease.

Pulmonary hypertension. Elevated pressure in the blood vessels of the lungs, decreasing blood oxygen and straining the right side of the heart.

Relaxation techniques. Stress-reducing procedures, which can also be used to help regulate body functions such as finger temperature or pulse rate. These include tensing and relaxing muscles, imagery, breathing techniques, and medication. (See also
Biofeedback.)

Remission, spontaneous remission. A period during which the symptoms of a disease decrease or go away. If the reason for remission is not related to treatment but seems to occur for no apparent reason, it is called spontaneous.

Renal. Relating to the kidneys.

Respiratory. Pertaining to breathing or the lungs.

Salivary glands. Glands, which secrete fluid (saliva) into the mouth.

Sclerosis. An abnormal hardening of tissue.

Sjögren Syndrome. A chronic inflammatory disease characterized by decreased secretions, especially dry eyes and dry mouth, named for the Swedish physician who first described it. It may occur alone, or as a part of scleroderma or other autoimmune diseases. (Pronounced “show-gren.”)

Skin ulceration. A break in the skin with loss of surface tissue. It may also be associated with inflammation, calcium deposits and infection.

Stasis. A slowing or stoppage of body fluids as in venous stasis. Also, reduced motility of the intestines with retention of feces.

Systemic. Affecting the whole body rather than one of its parts. Opposite of localized.

Telangiectasia. An abnormal dilation of skin capillaries causing red spots on the skin.

Vascular. Pertaining to, or composed of blood vessels.

Vasodilator. A medication (or other substance) which causes widening of blood vessels.